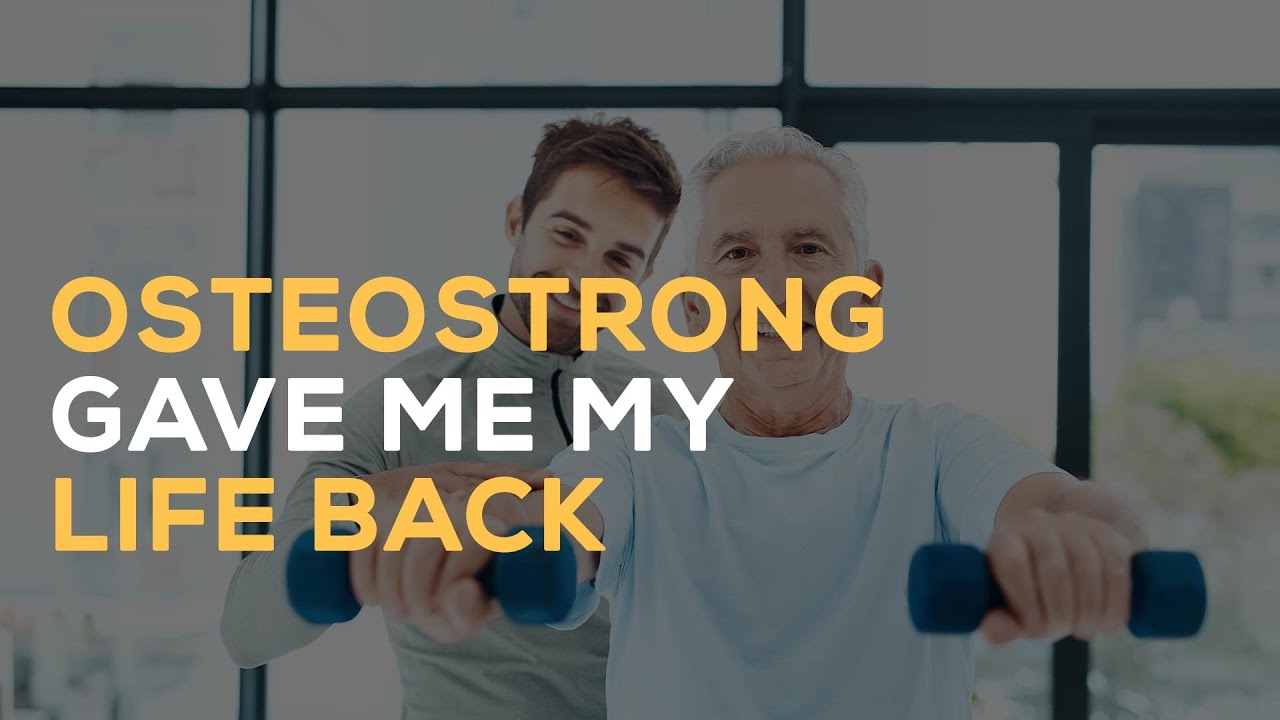 OsteoStrong provided me with a better quality of life.

I have watched a body metamorphosis happen with one of my patients.

OsteoStrong was brought to me by a patient I’ve had for several years, and I have watched a body metamorphosis happen.

She was broken when I met her, and I watched her body transform during her health quest.

She was no longer broken and looked younger.

She would tell me what she was doing on a cellular level, breaking things down in a manner that intrigued me.

One day she came in and asked me,

“Doc, can you check out something for me? I’m interested in bringing something to a town called OsteoStrong. I’d like you to take a look at it.”

So I looked at OsteoStrong and watched a few videos and became intrigued by it mainly because it’s rooted in science and technology.

I became more fascinated the more I watched it.

The doctor who invented OsteoStong was a talk in Santa Monica OsteoStrong, so we drove down to listen to his talk.

How he described it just made sense, but I had a bunch of questions.

I had patients with degenerative disc disease and hardware in their bodies and scoliosis.

I had questions about many conditions and was blown away, but the answer, OsteoStrong, sounds perfect.

I walked over to seek out the gentleman who owned the OsteoStrong in Santa Monica.

I asked him about the story behind this place [OsteoStrong].

He says, “I was a competitive runner and then had to give it up because I had bad knees. I immediately took up competitive cycling to fill that void. I was also an avid golfer, but my knees hurt so much that I gave up. I hated riding in the cart.

After using OsteoStrong for a year, I am back to competitive running.

I knew it would strengthen my bones and muscles. It also strengthens connective tissue making it more dense and strong.

I was able to go back to running.

I knew I was supposed to have surgery.

I had an MRI and saw my meniscus injury in my knee. It all blew me away, so I have a kid, and we’d go out running once I was done.

My knees were killing me.

Every time I played catch with my son, my knees would ache.

I want to be a good dad and play catch with my son, so we run and play throw.

I would continuously get it when he’d throw it over my head. My knees would hurt the next day.

I started using OsteoStrong when I was told by a gentleman how it helped his knees.

Since OsteoStrong wasn’t in my town, my wife and I drove 45 minutes there and back once a week for one month.

After the end of that month, I was running and jumping and had no problem with my knees anymore.

It gave me my life back, and I did the things I wanted to do with my son.

Not to sound dramatic, but that was life-changing for me.

Not only would I be willing to refer people to her, but I was also told I had to be a part of it.

So when I came to them and asked if I could be a partner, they said I could, and that’s how I became a heavy financial commitment to having an OstoeStrong.

I was at my computer one day, and I got a message on LinkedIn from one of the owners of OsteoStrong...
Rise didn’t want to do more medicine if possible, and since being at OsteoStrong for one year,...
We did the OsteoStrong training in a week and then went to New Mexico for a week of training. In...
Back To Top