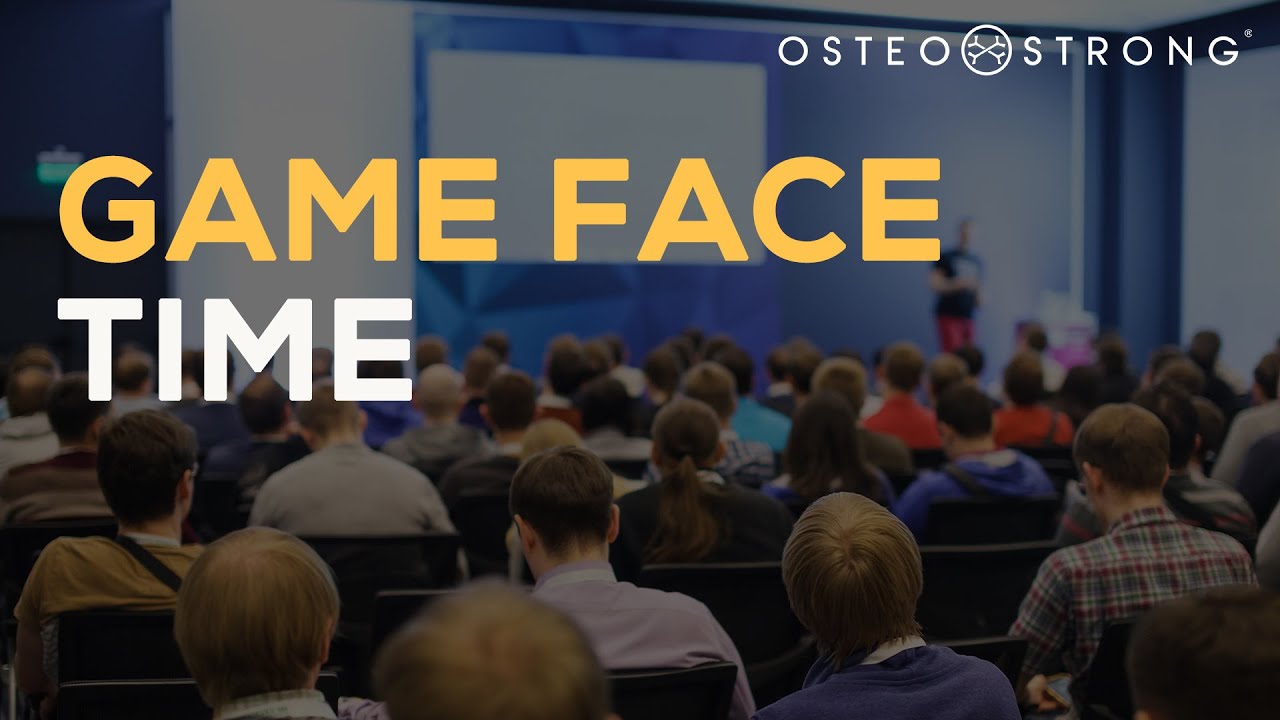 Despite your progress in overcoming your fear, do you still struggle at times? Me too.

From a scared high school boy to becoming a CEO of OsteoStrong speaking at an event overseas featuring Tony Robbins himself, public speaking has always challenged me.

In 2017, I went to London to launch the first-ever OsteoStrong and speak in front of 8,000 people at an event featuring Tony Robbins. Tony had just become an investor and a consultant at OsteoStrong, and I still have him on speed dial. While I am traveling overseas, I think to myself, “I need to make this time profitable and worthwhile. I need to speak on stage at that event.” When I got off the plane, I called Tony and asked him if I could speak. He said, “Sure, can you?”. I said I did. “Okay, I will give you 10 minutes on stage on Sunday,” he replied.

Two weeks before the event, I was at a Christian family camp playing with other adults. We were going to play the teenagers in a game the next day called “Turkish Delight,” which is similar to rugby, soccer, and football. During the game, a guy tackled me and seriously injured my right shoulder. I think I might have even cracked a rib or torn cartilage in my sternum.

When I was on my flight to the event, I got sick. Every time I coughed, it hurt and I could not sleep on either side of my body. I was in serious pain. We had just launched OsteoStrong’s new franchise in Europe, and I had to go speak on stage in front of 8,000 people. I was jet-lagged, sleep-deprived, in pain, and coughing constantly.

I had to come up with what I needed to say about OsteoStrong to 8,000 people.

Now, I told you about how I overcame my fear of public speaking, but I was still scared. I was scared out of my mind thinking about those 8,000 people watching and waiting for me. I was intimidated, and I thought, “I am going to get in front of this group of people who are all foreigners, and I do not even have a brand presence in Europe. If I screw this up, Tony is never going to let me on stage again.”

I wrote my script and practiced my speech for what felt like 500 times. Over and over I practiced until I was sick of practicing. I also knew that when you get on stage, and your visual reference is different than the environment that you practiced in before, you can go completely blank. It is called “stage fright”, and it can cause you to forget everything. You can even forget your name! Your mind can go completely blank, and I was afraid that was going to happen to me.

Gathering a group of people that were with me, I said, “I am going to say my speech over and over again. I want all of you to do everything you can to distract me. Throw things at me, do or make distractions with your hands.” During the whole exercise, I was practicing my speech.

Finally, I was backstage at the event, and the same anxiety and fear that I felt while giving a speech in high school resurfaced. What helped me cope was that the speaker who went before me was also terrified. I ended up coaching him on how to deal with his fear. I told him to tell a joke, and even gave him the joke to tell. You always need to make people laugh, and as soon as they do, you laugh too. Your fear will immediately drop. That has always helped me.

I feel an immense amount of gratitude for that day. Once my foot hit that stage in front of that group, I gave my speech without a single mistake, even though I sincerely thought I would.

After I left the stage, I walked out to our booth that had suddenly become surrounded by hundreds of people wanting to know about OsteoStrong. It was surreal. Although I was terrified before, it became an amazing moment. Now I get on stage and do not think twice about it.

Letting go of your fear is amazing. I cannot wait for you to join us!

After finding out a few years ago that she had Scoliosis, it worked out well that her parents owned...
When first coming to OsteoStrong, one of the things important to Lisa was becoming stronger, and the...
Are you losing bone mass at a rapid rate? Diet, disease, certain medications, and more can rapidly...
Back To Top